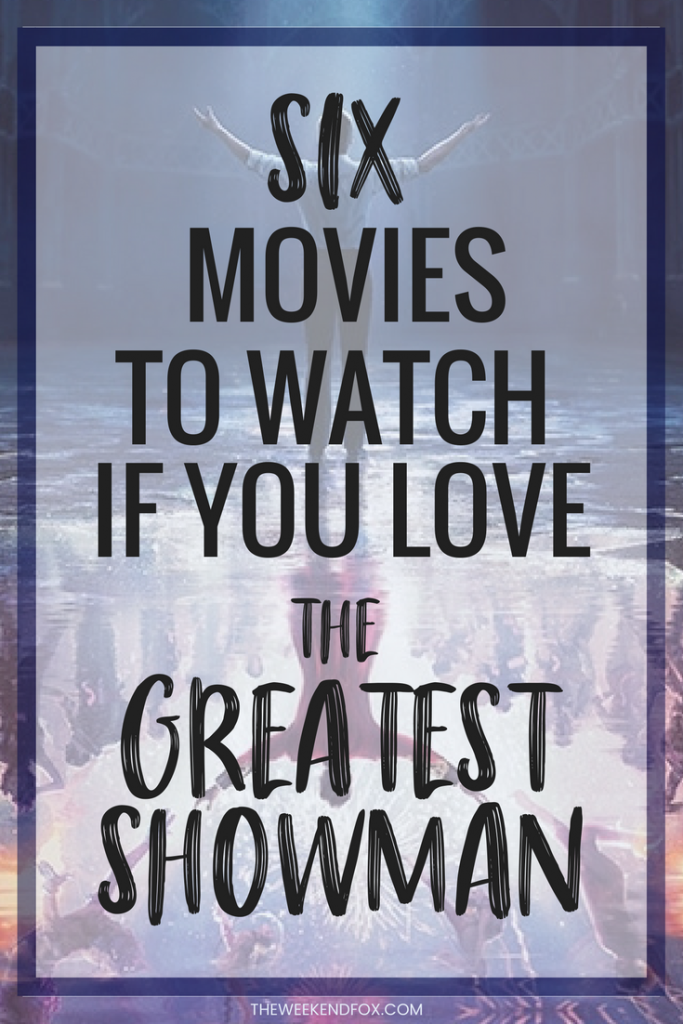 This post contains affiliate links. This means if you make a purchase using my link, I receive a small commission – at no cost to you! Thank you for supporting TWF!

Ok, to be honest, I didn’t think I’d get a post out this week, but then I got my Greatest Showman Blu-ray

DVD in the mail and started watching all the behind the scenes features and it got me excited to write a little bit. Ya’ll know how much I loved The Greatest Showman. I saw it 5 times in the theaters and after the first time, I knew I had to write about some of the quotes that really left an imprint on me. Apparently, I’m not alone. My blog post on 8 Quotes to Live By from The Greatest Showman has been the most popular post on my site and I guess you could say it went “viral” with over 50,000 shares. Thanks, you guys. 😊🎩

The Greatest Showman rocked the theaters and blew away fans with it’s uplifting, inspiring, and dreamy storyline. The choreography was beautiful. The soundtrack hit number 1 on iTunes and “This is Me” won the Golden Globe Award for Best Original Song and was nominated for an Oscar. That’s a BIG deal, ya’ll.

And even though The Greatest Showman received a Rotten Tomato score of 55%, it was a hit among fans. Many people loved it so much that they saw it multiple times in theaters. It was that good. In fact, it was so good, it stayed in theaters for more than 3 months after it’s premiere in December 2017. That says a lot all on its own.

And as a true Greatest Showman fan, I can honestly say there aren’t many movies that live up to the greatness that was created for that film but based on the heart-warming story, motivational dreams, and incredible music, I came up with some movies you should watch if you love this film as much as I did.

2002 – I just recently saw Chicago for the first time after I reached out to an old acting friend and I can’t believe it took me this long to watch it. Taisha Perez, a talented, beautiful actor based out of Florida said to me, “Chicago is my number one choice of a big, well-done movie musical. It has all the grandeur of The Greatest Showman, including incredible costumes, choreography, and performances. It’s a little more risqué in content, but it’s definitely a must-watch”. This movie musical captivated me with its spectacular music, story, and style. The costumes, alone, remind me of the dazzle of The Greatest Showman. And while the story and music of Chicago are not as contemporary as The Greatest Showman, it still created similar emotions and entertainment.

Side note: My acting career feels like a lifetime ago, but it’s always nice to have people in my life that were a part of that journey. Breaking up with that dream to pursue other passions was the best decision I could’ve made, but funny enough, some opportunities have come up that might open up a new door for that part of my life. More to come later. 😉

2007 – This is a 1988 film turned Broadway show turned musical film again. It’s a feel-good movie with a fun plot based in 1962 revolving around a teen dance television show. The movie is playful but has a meaningful storyline also revolving around racism and integration. It’s a movie that proves, once again, bravery, standing up for what is right, and being who you are makes you a winner. The main character, Tracy, stole my heart with the quote, “People who are different, their time is coming!”

Hairspray has a spectacular cast that includes actors like John Travolta, Queen Latifah, Michelle Pfeiffer, and Allison Janney, but Greatest Showman fans will be swooning over the late-teen version of Zac Efron. 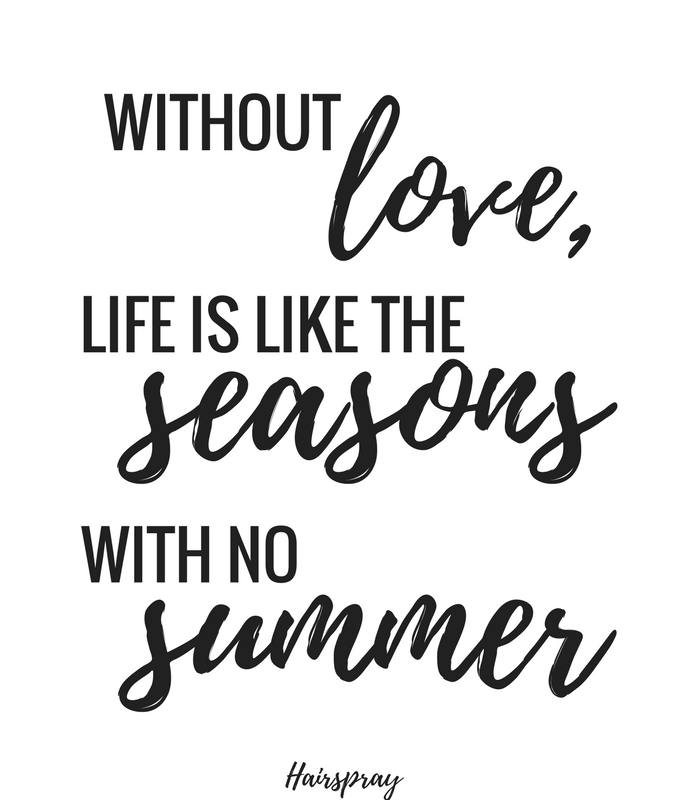 2016 – I can usually tell how much I will love a movie just by seeing the short preview. Moana was one that I knew would be incredible. Coming off the Frozen high, I wasn’t sure if it would live up to Disney-fan expectations, but it made my heart sing.

While it’s an animated film, it brings the same joy as a film like The Greatest Showman. You’re rooting for this character and you want her to keep pursuing the adventure that fills her soul. Just when she feels like she has to give up, she pushes harder. And unlike most Disney films, the true love story lies within Moana’s adoration for her grandmother and the ocean, not a boy. 🙌 The music is contemporary pop with an islandy vibe behind it that makes you want to dance. It’s hard to watch Moana and not fall in love.

2017 – Again, coming after my love for Moana, I wasn’t sure Disney could pull it off again, but Coco was simply inspiring. The storyline, based on the Mexican holiday, Day of the Dead, teaches life lessons and is so touching. With family at its core, it will make you laugh, cry, cheer, and more.

Coco beat out This is Me for Best Original Song at the 2018 Oscars with “Remember Me”. I remember watching the Oscar’s thinking, “If This is Me doesn’t win, I’d want it to be to Remember Me”. As a Greatest Showman fan, you will love the visual delights of this film and appreciate the highlight on a culture that isn’t often the center of Disney fans.

2017 –  Before it’s premiere, I remember reading that La La Land was the kind of film that they used to have in the 50s and that, alone, made me feel giddy. When I saw it in theaters, I was blown away. The opening scene should be impressive enough for you to want to finish the multi-award winning film. It was an entertaining masterpiece with a powerful, but sometimes depressing, script. As a former actor, I fell in love with the relatable plot.

The story follows Mia (Emma Stone), a desperate and hard-working actress in LA. She struggles with the grueling audition process and politics of the film industry. When she meets Sebastian (Ryan Gosling), a talented Jazz musician, her world is dazzled. It may not give you the same on-going, happy vibes throughout the entire film, but it should still make your eyes dance, have you cheering characters on, laugh, and then cry at some point. Because all good movies do that, right?! 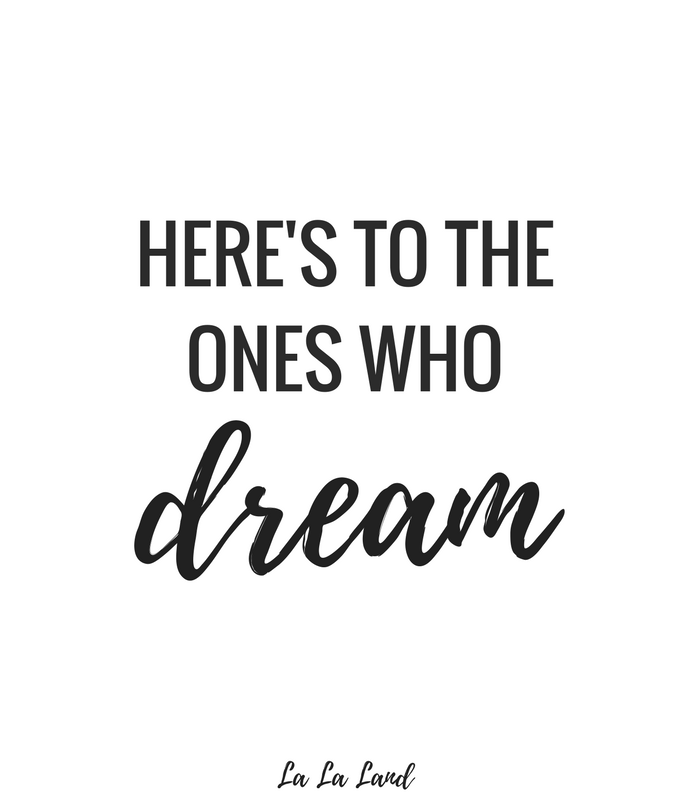 BEAUTY AND THE BEAST

2017 – This movie is simply beautiful. We all know the story so the expectations were high for this musical romantic fantasy. It was a success.

Belle, played by Emma Watson, is the perfect combination of strong, kind, daring, brave, and bold. The film stays pretty true to the original animated film but also answers some questions that we would have loved to know from the very beginning. The choreography, musical score, and grand costumes will satisfy the same senses that The Greatest Showman did with it’s lavish performance.

2008 & 2018 – This is another film I had to watch to decide if the hype was there for a reason. It’s not The Greatest Showman (have we established that it’s hard to beat The Greatest Showman?!), but it was a feel-good, inspiring, sweet story and the music was wonderful! With a stellar female cast including Meryl Streep, it was the highest grossing musical film until Beauty and the Beast.

The story revolves around Sophie’s (Amanda Seyfried) desire to meet her biological father in time for her wedding. After discovering her mother’s diary from the summer before she was born, Sophie invites three men to the wedding without her mother’s knowledge. The chaos, entertainment, and love story unfolds from there.

The film is light-hearted, fun, and had a strong enough following for them to create Mamma Mia 2 which came out this past summer!

A Star is Born came out recently and it’s a heartbreaking story, but the music and performances are gold. It’s not a family movie like The Greatest Showman, but you’ll probably love it!

Bohemian Rhapsody and Rocketman will also be movies to keep an eye out for later this year and next!

So if a million dreams are keeping you awake (see what I did there 😉 ), and you already watched The Greatest Showman twice today, check out one of these movies!

Have you seen any of these films already?! Comment below with some of your favorite movies!

Best Crazy Games is a game publisher made to provide the best online games on the web. Every day we publish new fresh games with high and quality gameplay.