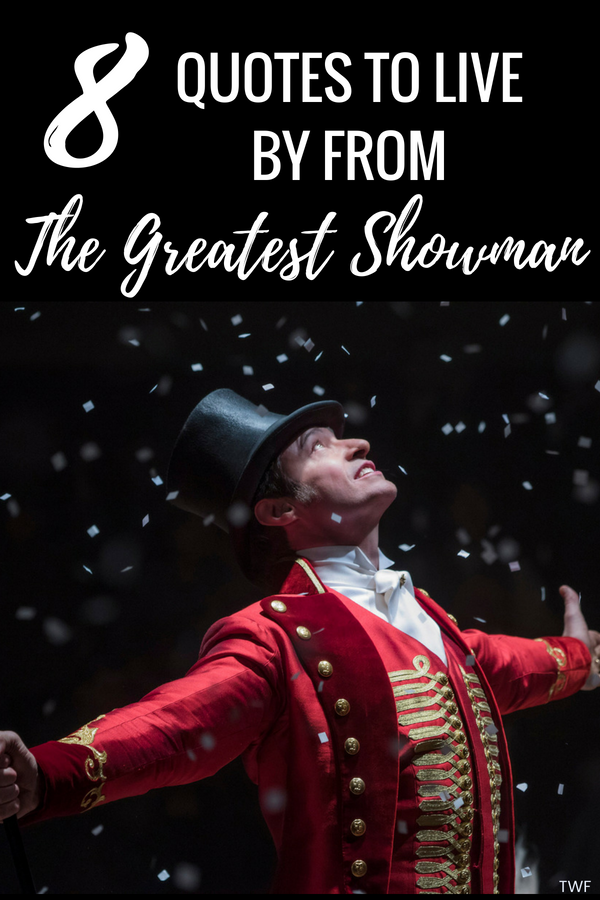 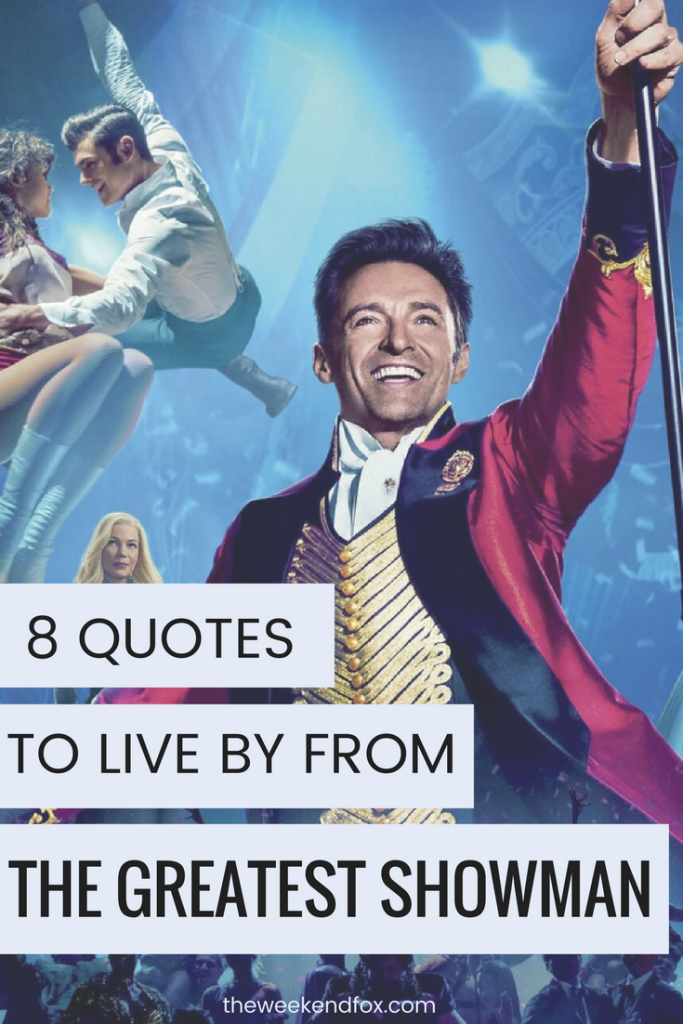 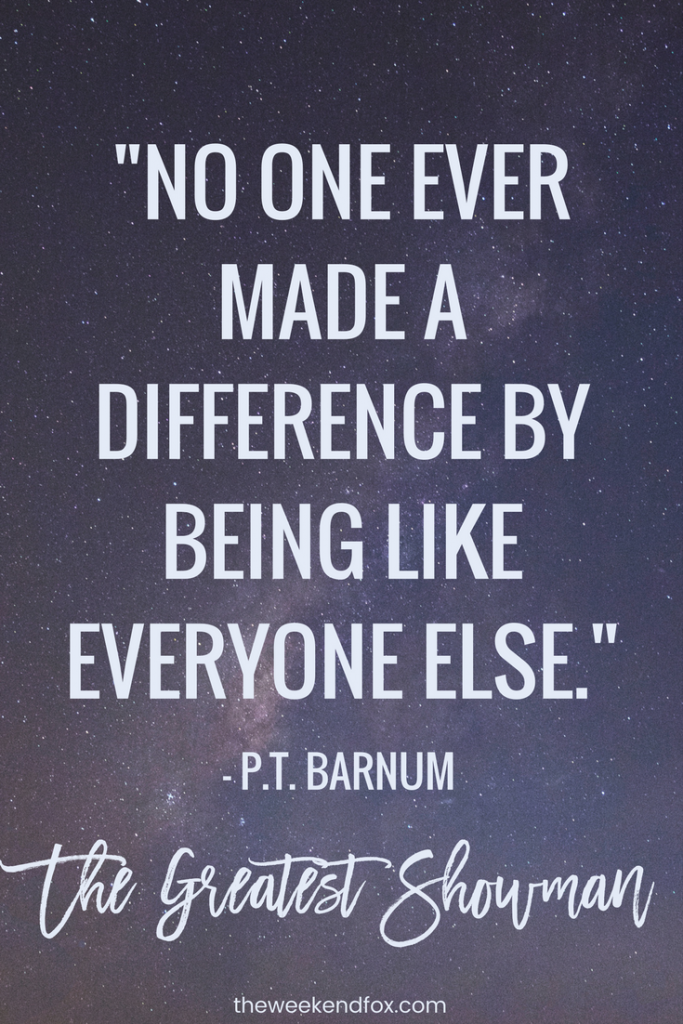 This post may contain affiliate links. I receive a small commission at no cost to you when you make a purchase using my link. Thanks for supporting TWF!

First things first, I’m a movie lover, not a movie critic. I go to the movies because I love entertainment. It’s pretty rare for me to leave the theater thinking I wasted two hours of my time. I love the way movies can whisk you away to another world and forget about the one you live in, just for a little bit. Movies allow me to dream and leave me inspired. Is anyone with me on this? The Greatest Showman quotes totally inspired me, and in turn, my first viral blog post was born.

Love movie quotes like this?! Check out the latest post with custom graphics, Quotes from the New Pinocchio.

Seeing Hugh Jackman, Zac Efron, and Zendaya in the movie trailers for The Greatest Showman had me giddy with excitement wanting to go see this musical film. When I finally got to the theater a few days after Christmas, I had goosebumps, wanted to clap (like, right in the middle of the movie), and got swept off my feet by the beauty of the film. The music, choreography, story, and life lessons just left me in awe. I really didn’t know much about P.T. Barnum, but they did an incredible job adding the “Hollywood” into the movie and making his story a grand one.

If you need a reminder that you are in this world with talent and purpose that nobody else has, go see The Greatest Showman

. If you need to be reminded to take risks, to pursue your passions, or to just dream again, go see The Greatest Showman.

'The noblest art is that of making others happy.' - P.T. BarnumClick To Tweet

*If you choose to share any of these graphics or quotes to your own social media or blog, please give me credit via @theweekendfox or link it to this post!*

1. “I Wish For Happiness Like This Forever” – Charity Barnum 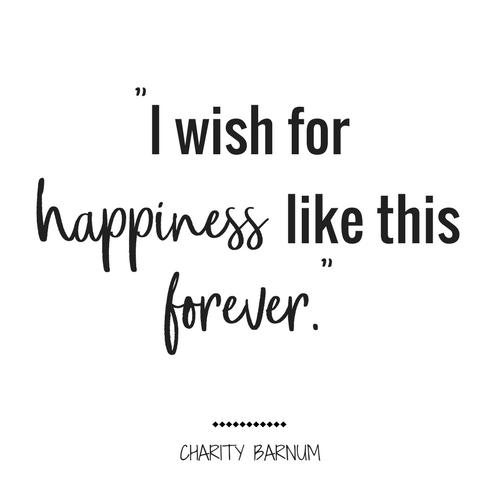 Background: This little quote was at the beginning of the movie right after P.T. Barnum lost his job and returned home to his wife and two daughters. The daughters took turns making wishes on a makeshift gift that P.T. Barnum pulled together for his eldest daughter. When it was Charity’s turn, she simply said, “I wish for happiness likes this forever”. Mind you, she had already left her uber-rich parents to run away with P.T. Barnum, who no longer had a job. But she knew the true meaning of happiness.

Director, Michael Gracey, stated Charity “fell in love with P.T. Barnum’s imagination and that’s one thing money can’t buy”. I think that captures her character perfectly. She’s a rock and voice of reason throughout the entire film.

Happiness is not having all the money in the world, the best job, or the materialistic stuff. Happiness is being surrounded by people you love and seeing happiness in their hearts. Sharing sweet moments, going through the struggles together, and creating happiness within is the ultimate goal. Heyyyyy, this falls right in place with my biggest mistake from 2017!

2. “No one ever made a difference by being like everyone else.” – P.T. Barnum

It was as if Mr. Barnum (Hugh Jackman) was speaking to me, directly. No matter what you do in life, be original. Be real. Stop trying to blend in and make a difference in the world by not being like everyone else! Life feels so much more fulfilling when you can be your authentic self. 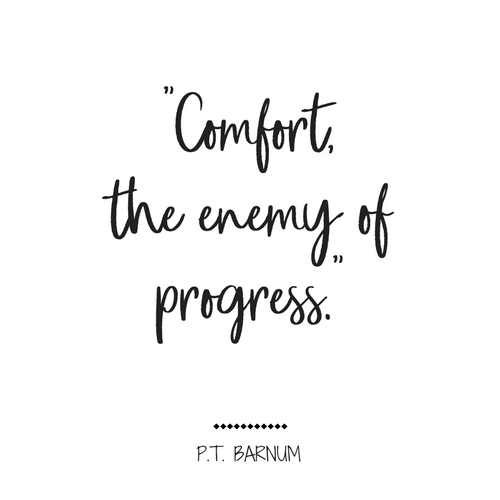 Ain’t that the truth! I’ve fallen into the “comfort” box before. You know, when everything is just sweet enough that you don’t want to take any risks or change anything too much because you’re comfortable. In my opinion, that’s a recipe for an unfulfilled life. Don’t settle. Never get too comfortable and always reach for those damn stars.

Like this post with The Greatest Showman Quotes!? Check out 9 Quotes from Christopher Robin that are Good for the Soul

4. “A man’s station is only limited by his imagination.” – Jenny Lind 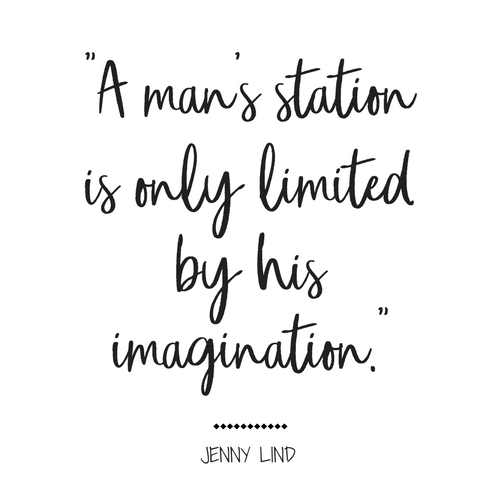 P.T. Barnum may have quoted this in the movie, too, but I remember Jenny Lind (Rebecca Ferguson) toasting this to P.T. Barnum after a successful show among the elite of New York. And it’s so true. Don’t stop dreaming. Let your imagination go wild because you’ll only get as far as your mind lets you. 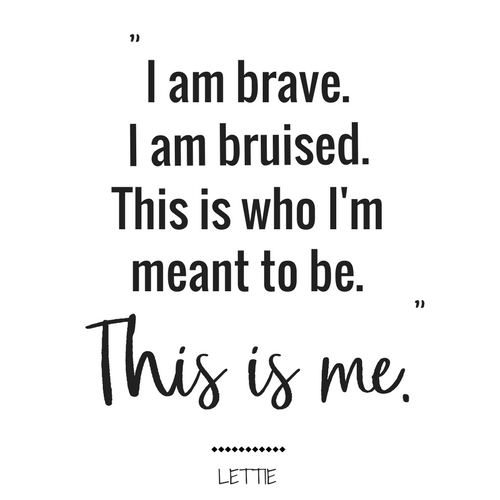 You know those goosebumps I talked about? With the world we live in, this song lyric was so powerful and beautiful (it also won the Golden Globe for Best Original Song!). The Greatest Showman was truly a “celebration of humanity” and I believe that no one should ever be ashamed of who they are.

Stand up proud. Your scars make you unique and your story is unlike any other. Let the world know that your beautiful soul is one of a kind.

6. “You don’t need everyone to love you, just a few good people.” – Charity Barnum 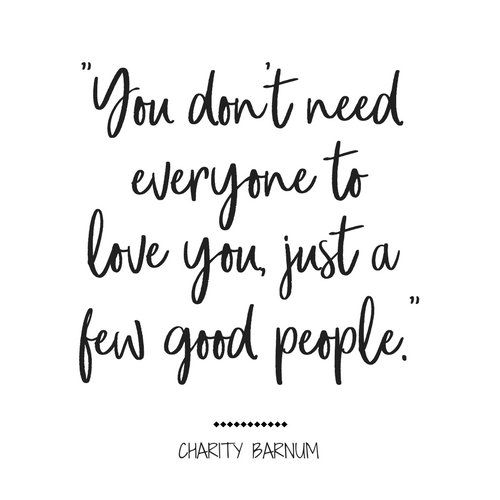 I couldn’t write this and not include this quote. Mrs. Barnum spoke this wise comment to her husband as he continued to chase self-satisfaction by being praised by others. P.T. kept getting lost in the whirlwind of his new life. He started losing sight on the things that matter, but Charity swoops in again with a quote that should have grounded him.

This delicate quote filled my heart because it hit close to home. Find your tribe and love them hard. Those few good people will be the ones with you until the very end.

'You don't need everyone to love you, just a few good people'. #GreatestShowmanClick To Tweet

7. “When you’re careless with other people, you bring ruin upon yourself.” – Jenny Lind 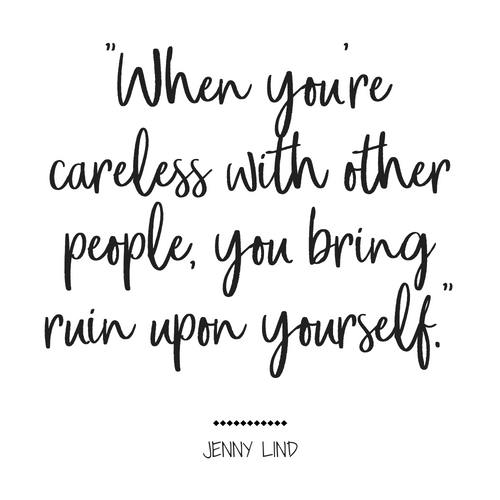 Instead of spoiling this scene, let’s just talk about the truth behind this statement. If you go through life taking advantage of other people and their feelings, you become the biggest loser. No one is more important than anyone else. Everyone’s time is equally important. Everyone deserves respect. It goes back to the whole, “treat others the way you wish to be treated”.

Be kind and good to one another. 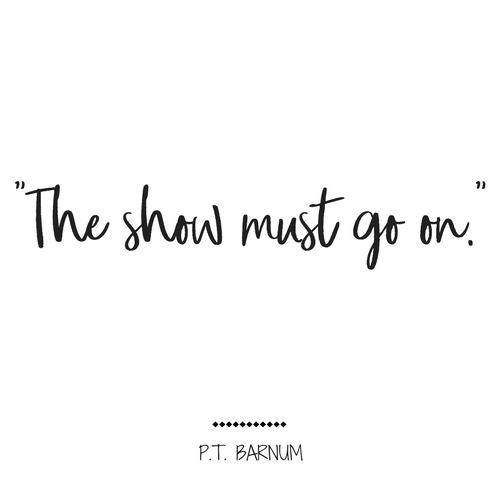 Need I say more? 👏👏 👏 These Greatest Showman quotes have stolen my heart. When the show critic stated to P.T. Barnum, “…Putting folks of all kinds on stage with you… all colors, shapes, sizes… presenting them as equals… Why, another critic might have even called it ‘a celebration of humanity’, my heart smiled. The entire movie is a celebration of humanity wrapped up into 106 minutes of entertainment. Whatever stage of life you’re in, remember that the show must go on. Chase after those dreams with all of your soul because the world may not know it yet, but they’re going to love you.

RELATED: 6 Movies to Watch if You Love The Greatest Showman

Funding for your business at: http://cashbusinessloans.com

Your Information is great. Check out these websites: FreeStuffYouCanUse.blogspot.com and Plans7.com

Looking meant for quality along with anonymous private proxies? https://DreamProxies.com delivers the highest quality made up proxies through 50 deals along with BIG bonus deals! Invest in nowadays and revel in your private proxies

Your Information is great. CHECK OUT THIS FREE TRAINING

Yesterday, while I was at work, my sister stole my iphone and tested to see if it can survive a twenty five foot drop, just so she can be a youtube sensation. My apple ipad is now destroyed and she has 83 views. I know this is completely off topic but I had to share it with someone!