Behind the Scenes: Magic Kingdom Proposal

In honor of me saying “YES!” two summers ago, I’m reminiscing on the dream-come-true proposal that happened right in the middle of filming a Disney World commercial – and yeah, we actually got paid to get engaged!

Marc-Andre and I got hooked up with an interview through a friend in the entertainment business. I had taken acting classes in the past and even booked a few commercials myself, so I thought Disney was an awesome opportunity! Disney was  looking for “real life couples” and families, so during the interview they just asked us about ourselves and then chatted with us separately. I thought nothing of it, and honestly didn’t even expect a phone call. Little did I know, that first interview is where the proposal planning officially began. A couple of weeks later, we got the call that was the beginning to our forever.

On Thursday, July 23, 2015, we waited in a “green room” for over 2 hours. Marc started to get a little antsy, which seemed unusual, but I assumed he was nervous about being on camera. Other families were going in and out of the green room as they shot real-life families through Magic Kingdom. Finally, the wardrobe girls took me to the bathroom to “fix my hair and slide on my Minnie Mouse ears”. Meanwhile, Marc was chatting with the director and getting last minute directions for the surprise proposal. It was all pretty seamless on Disney’s part. The crew led us straight to where else? Cinderella’s Castle.

In front of Cinderella’s Castle, surrounded by film crew, commercial extras in the background, and a giant camera in our faces, we began filming the commercial. We held hands, smiled, kissed, and looked at the castle in awe. The director then, out of nowhere, asked us to french kiss. I looked at him like, “Do what!? This is Disney. Don’t we need to keep it rated G?!”. The director told us to just “try it out” so dammit, I was going to have the classiest french kiss that camera had ever seen.

As I pulled Marc-Andre closer to go in for the kill, he stiffened and stood up straight. He squeezed my hands so tight and a nervous grin spread across his adorable face. He didn’t even get my full name out of his mouth before I started freaking out.

All I could think was, “Holy cow, right here? Right now? Is he allowed to do this?!”

I’m sure his speech was beautiful, well thought out, and perfectly executed, but all I heard was “Will you marry me?”. My mind was going at least a million miles per hour. So many things were happening at once, and on top of that I was very conscious that there was a camera less than two feet from my face (like, how many chins do I have when I cry?! Do I look like a hysterical Kim K on camera right now?!).  Still shaking, I managed to say “yes” about half a dozen times. He slipped a stunning oval solitaire diamond onto my finger and we hugged for, what felt like, an eternity. We heard cheering and clapping behind us as everyone helped us celebrate this big moment. It was a dream come true, right in front of Cinderella’s Castle.

Isn’t my Cheshire Cat dress the BEST?! I didn’t get to keep it, but it was the second best accessory of the evening. I’m sure you can guess the first. 😉

Magic Kingdom was our playground for the rest of this magical evening. I must have had that stupid “I JUST GOT ENGAGED” grin on my face (or people saw our Disney pins), because everyone was congratulating us. We called our parents and best friends, reliving the moment with every phone call.

So, after all of that, the commercial premiered about two months later during the (very appropriate) “Unforgettable” campaign. How did they put it all together? Check out our 1.2 seconds of fame, right by watching the Disney World Unforgettable Commercial. 😉 Marc-Andre and I couldn’t help but laugh when we realized all of that led to such a small portion for the commercial, but it will forever be our most memorable moment at Magic Kingdom.

Disney World would have been perfect for our proposal all by itself, but the surprise intertwined with a commercial was true Marc-Andre fashion. Butterflies still fill my stomach every time I see Cinderella’s Castle and we will always cherish the unforgettable moments that Disney hosts for us.

Find out how we included Disney in our wedding in this post!

I'm Katherine Fox, the creator of The Weekend Fox and the dreamer behind every weekend getaway. With a love for all things weekend and traveling the world, this lifestyle and adventure blog pulls all my passions into one place. Along with travel tips, destination reviews, and highlights from the weekends, I'm an avid planner and love to pull together the perfect itineraries. Contact me if you'd love to collaborate!

Previous Story
Maui, Hawaii: Where to Eat, Sleep, + Play
Next Story
9 Must-Do’s for a Family Vacation in Gatlinburg, Tennessee 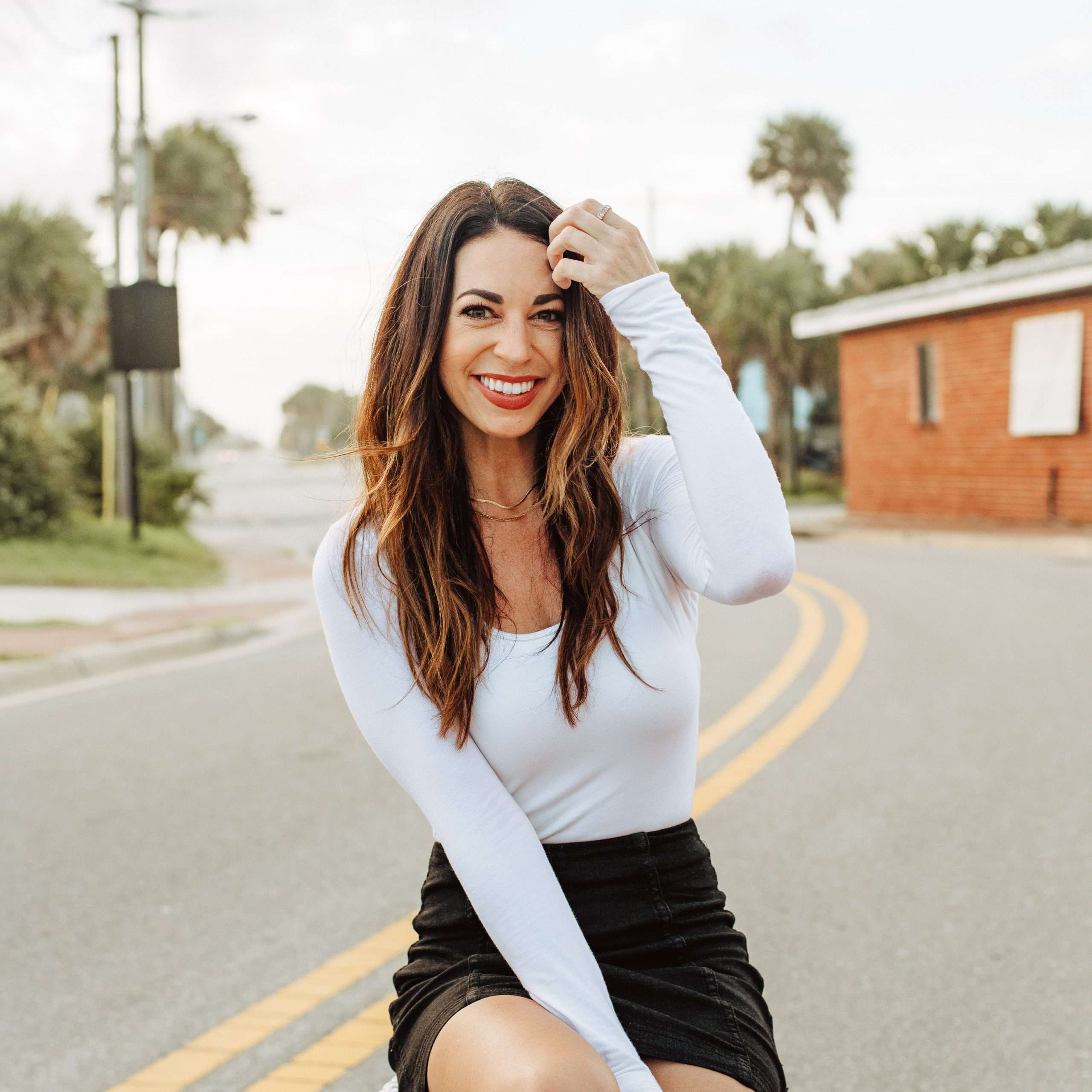 I'm a weekend lover & happy traveler. My adventures have taken me around the world & taught me so much. From the best vacation spots to the highs & lows of being a divorced millennial, I'm sharing it all. I live for that weekend feeling, a ton of self-love, & a lot less settling.

The Weekend Fox contains affiliate links throughout the site. As an Amazon Associate, I earn from qualifying purchases. This means that if you purchase something by clicking on a product link, I may get a commission from your sale. Please note that it is at no additional cost to you. As always, I only work with companies and promote products and experiences that I truly love and believe you will, too! Thank you for supporting The Weekend Fox!