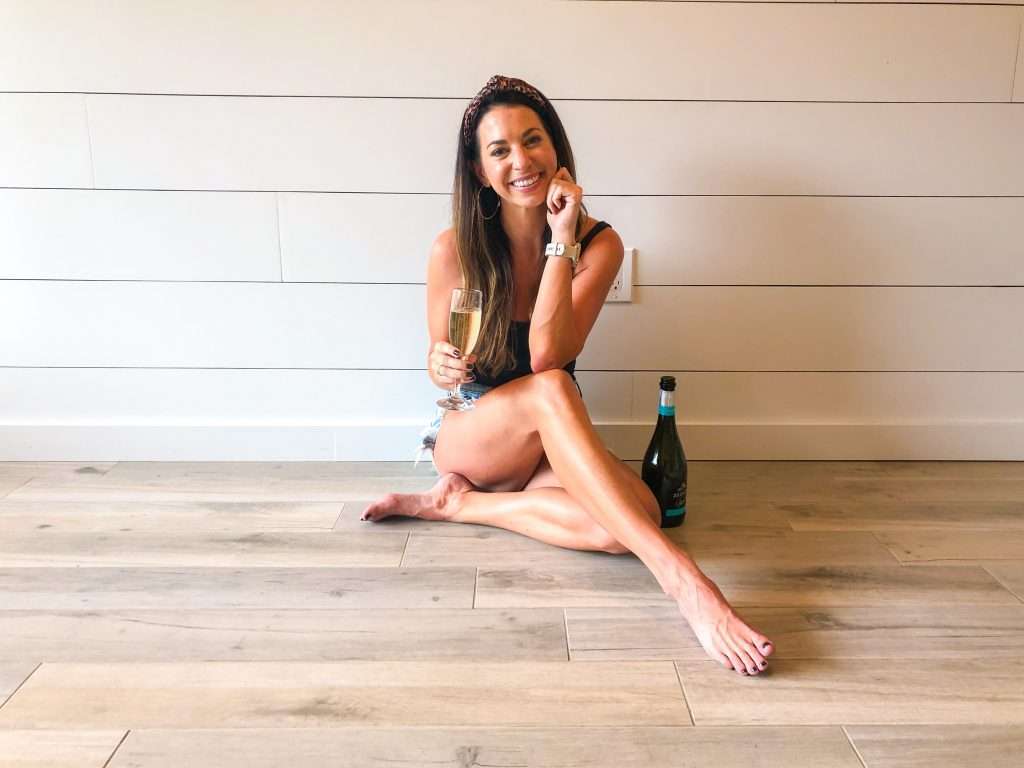 Woah, hey, hi, hello. I’M BACK, BABY. Did ya miss me?! (If you’re on my blog and answered “no” to that question, I still appreciate your nosiness and page view). It’s been five insane months of world chaos, emotional rollercoasters, highs, lows, and everything in between. And the one thing I’ve missed the most is sharing my life in my little corner of the internet. (Dear TWF, I promise to never neglect you like this ever again, but it was so refreshing to hit an indefinite pause without guilt). However, over these five months filled with tears, laughter, pain, happiness, and every possible whirlwind emotion, I have slowly started to bloom again.

It’s funny how things work out, ya know?

One minute, I was toasting to my amicable divorce and a new year, the next minute I was locked down in my childhood bedroom at my parents’ house for over eight weeks of quarantine. (They didn’t actually lock me in my room. I’m not Cinderella. Did I really have to clarify that?)

There’s not a single one of us that doesn’t agree this year was off to a rough start, but I decided to chill out with the rest of the world and see how it all played out. I spent time doing anything and everything I wanted to do. If I wanted to binge-watch Netflix for an entire day, I did.

Other days I woke up with the sun for hard workouts as I trained for my Half Ironman even after it got postponed. I still don’t have the abs to show for it because I baked even more than I exercised. I read books, spent a lot of time writing, and ate almost every meal with my parents talking about life.

Having that much time on my hands could get tricky, too. Some days I had to pull myself out of really dark places. I also constantly daydreamed and went in circles about what the next chapter of my life really looked like. However, I never seemed to find peace in a decision.

But one day in the middle of quarantine, I declared I was going to own a home again.

If you know me in real life, chances are, you know that walking away from the home that I built with my ex-husband was one of the hardest things I’ve been through, emotionally. Not only was I walking away from an eight-year relationship, but I was also losing my security, my comfort, and the walls that held love. While I was determined to shift my life and move on, I never realized just how much I craved the safety and normality of having my own place.

When I announced this goal to my roommates of nearly a year – AKA, my parents – I knew I wasn’t looking to recreate everything I had left behind. Instead, I wanted this new place to match the changes and growth I’ve experienced over the last twelve months.

So, for the first time in a long time, I got really excited about my next step: owning a home again. It was a new goal and with it came a whole new game plan. Instead of floating through each day on cruise control, I had a strong focus that simply made sense to me.

I quietly got down to business. Between crunching numbers, narrowing down a location, and stalking Zillow like it was my ex-boyfriend’s social media, I pulled together a six-month plan to purchase a home of my own.

And then the Universe laughed at my plan and a perfect little beachside home appeared in my search just one week into my house browsing.

It was cozy and beautiful, but too fast. This little home knocked off all the most important “must-haves” in my own home, including the location of being within walking distance to the beach. I could feel it tugging on my heartstrings, but I had planned on taking my time with this kind of purchase.

So naturally, even though my dream was staring at me in the face, I started second-guessing everything. Like, maybe I should just live with my parents another few years?! Maybe something better will come along?! Maybe I should see what the market does for a few months? Was I just bored? Was I ready for this responsibility again? I had all of the fear.

And then I thought, maybe, just maybe, I should stop overthinking every little thing and let this all unfold the way it was supposed to.

The purchase process was anything but simple. It took me on its own little emotional rollercoaster. Doing it all as a single girl was a completely different experience. Luckily, I have amazing parents that held my hand through the process and assisted me with all of the things that come with buying a [50+ year old] home. This might be a new beginning for me, but my support system is everything.

It was probably one of the quickest turnarounds in real estate history between signing the contract and getting the keys, but I’ve never been one to take things slow. I might be indecisive, but once my mind is made up, I can hyper-focus like a hyena hunting for dinner. 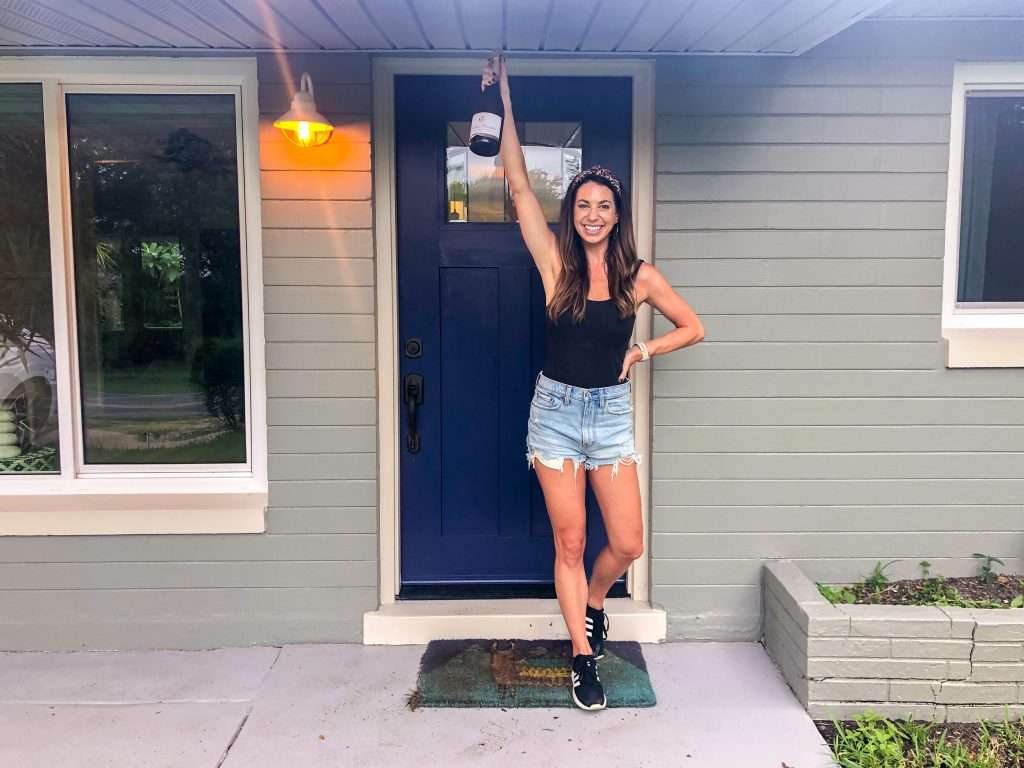 Exactly one year ago I hopped on a plane and went soul searching for a couple of months. That journey opened my eyes as I realized I was simply running away from my problems and my marriage instead of dealing with them head-on. When I came back home, I was more lost than ever and had no real direction in my life but I knew I couldn’t keep going down that path.

Last summer I probably would’ve told you I’d be traveling the country in a camper van with my dog by now. But with the growth I’ve experienced, my plans shifted, too.

The fact that a year has passed and I’m ending up in my own home where I can build new memories, new traditions, and create a new kind of love feels like the Universe was looking out for me. I spent so much time worrying and stressing about what my next move in life would be like. I never dreamed my next stop would be a little beachside home just 25 minutes from my old life, but it feels right.

It’s funny how things work out. 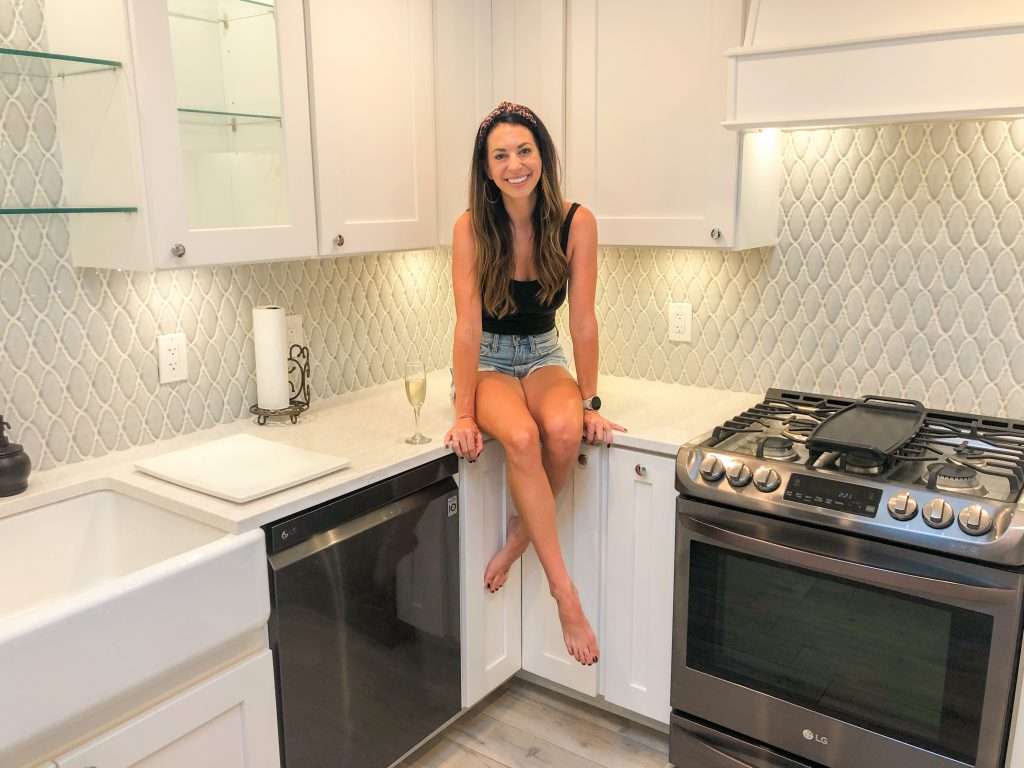 So a new chapter begins.

Things never play out the way I expect them to, but I fully believe they play out the way they need to be. This new little home represents so much more than space to hold my things. It gives me the space to start fresh, embrace a new beginning, work hard, play hard, and love really hard.