New York City: A Weekend Guide for the First-Timer 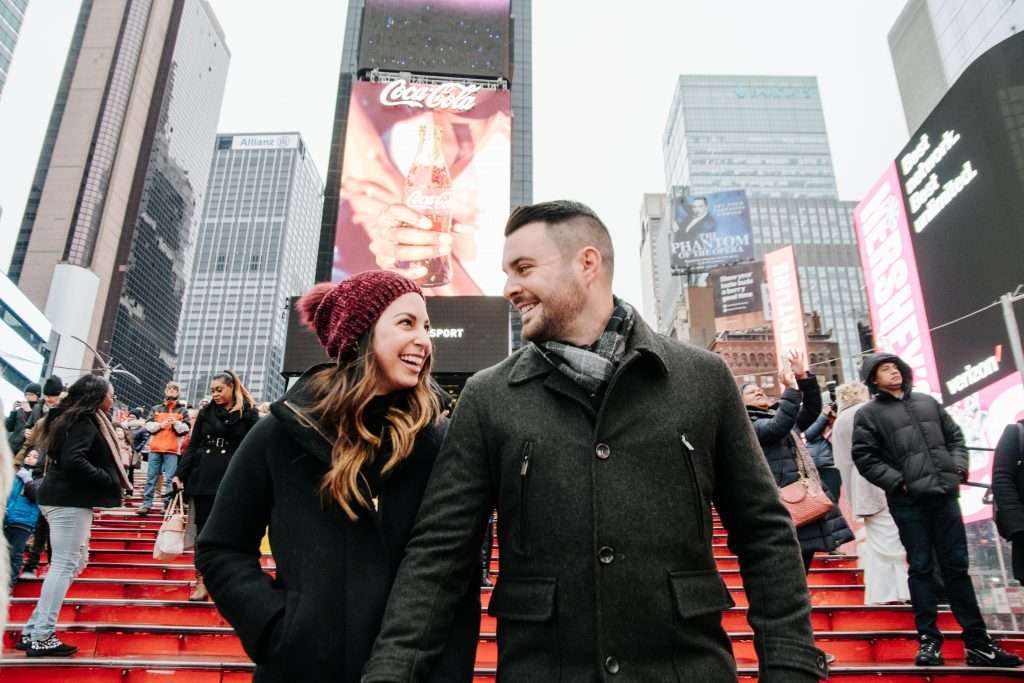 New York City is one of a kind. The energy, architect, history, and beauty are all infectious, which makes the city addicting. My husband and I went in December for just three nights and I’m already planning another trip back because it’s just that good.

My first time in Manhattan was with my family back in 2011 and we got to spend a full week exploring the sites, indulging in good food, and just doing it all. As I planned our December weekend six years later, I had to decide what the highlights would be for my husband’s first time in New York City. The holidays add an extra special flair to the city, so many of the must-do’s revolved around the festive season.

The hard part? We didn’t get to do everything we wanted to in one weekend. But we did leave feeling mesmerized by the city and its glory. I pulled together a list of the best weekend highlights from my perspective, from my husband’s perspective, and then added in some of the things we missed that I can’t wait to go back and see.

The list of highlights below are my “must-do’s”, but fair warning, it’s a lot to do in a weekend. When planning your first trip to NYC (or anywhere), make sure to prioritize your plans so you’re not overwhelmed with an endless list of things to do.

I don’t care if you’re in NYC for a weekend, two weeks, or just one night, make time to squeeze in a Broadway show if it’s your first time in New York City. The shows in New York City are the best of the best and there’s something for everyone. In 2011, I attended The Lion King and in December we saw Aladdin. A little Disney obsessed? Yes. But Hamilton, Waitress, Dear Evan Hansen, The Book of Mormon, and so many more are still on my list. I could take a whole weekend just hopping from one Broadway show to the next.

2. Spot the Statue of Liberty

You’re in one of the most famous cities in the world, so you need to check out the most statue in the world! This was at the top of my family vacation “must-do’s” in 2011 and I think it should stay at the top of any first-timer’s visit to the city. And with that said, my husband did not get up close and personal with her in December, but keep reading to find the alternative option for getting a glimpse when you’re cutting it close with time or unable to make the trip to Liberty Island. 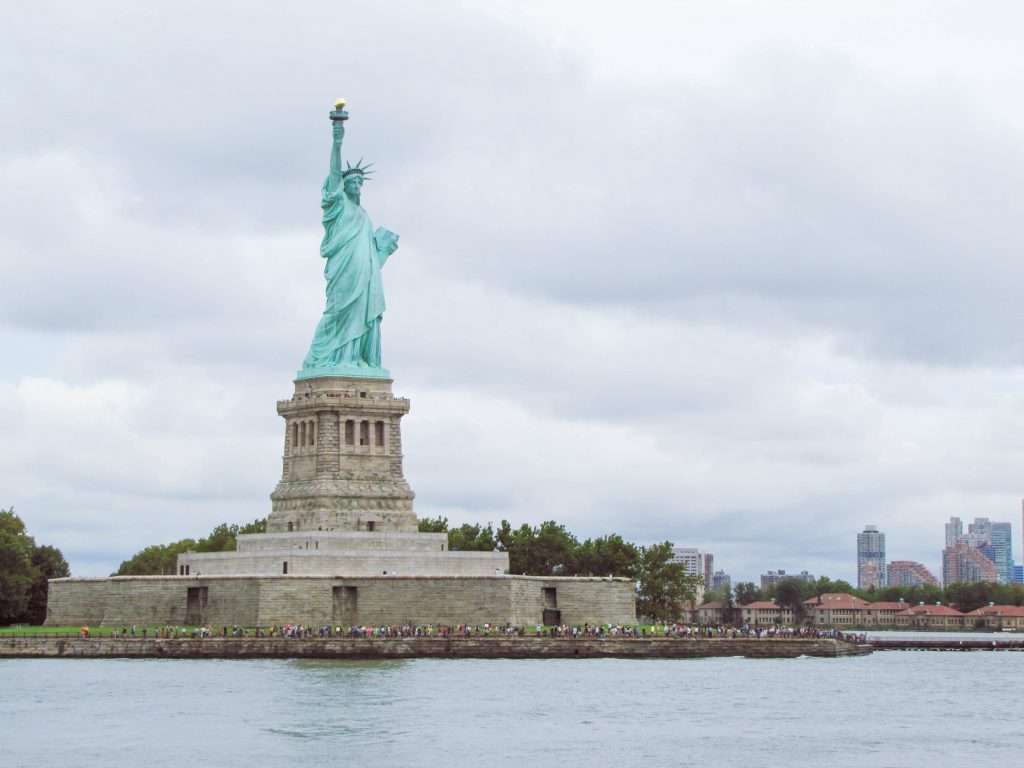 3. Take a Stroll through Central Park

Whether it’s covered with a thick blanket of white snow or flourishing with new greenery in the Spring, Central Park is the natural beauty of the city. And it’s huge! You could spend hours walking through the 800+ acres. So many magical movie moments have been created in Central Park and for good reason. You don’t want to miss spending some time here, no matter how many times you’ve visited the city. 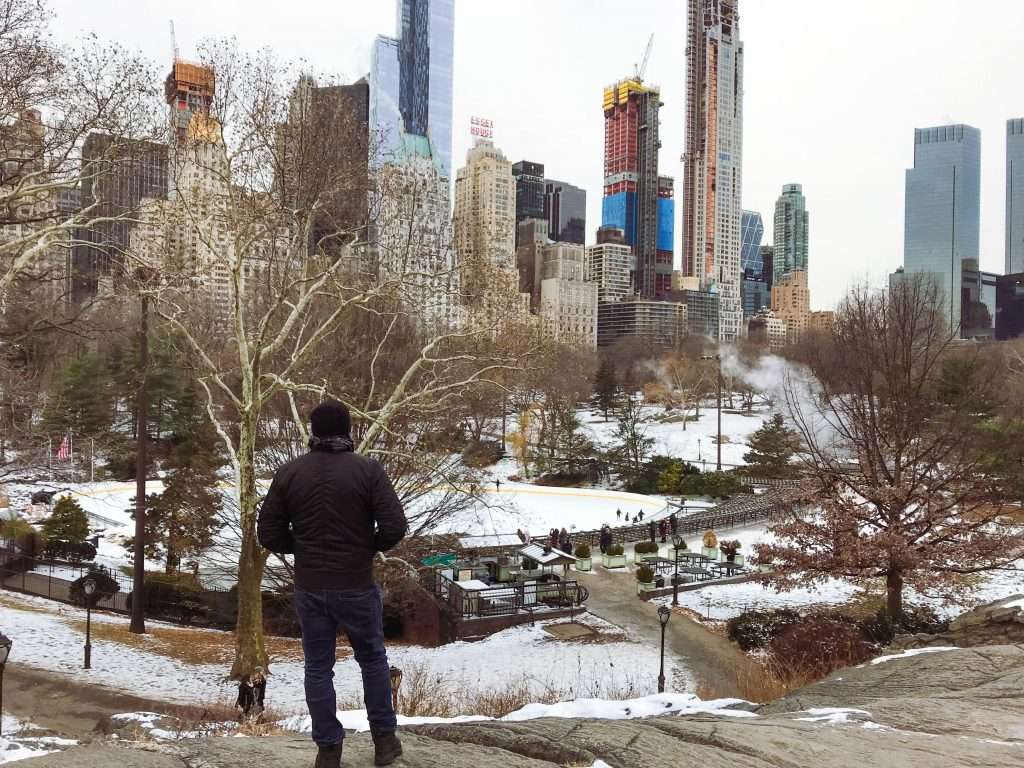 The chaos of Times Square can be overwhelming, but being in Times Square is so much different than seeing it in photos or movies. The energy is vibrant and even at night, the bright lights can make it feel like daytime.  Luckily, this is a tourist spot that you don’t have to spend a ton of time in. For your first time in New York City, snap your photos, grab a souvenir, and move right along.

5. Walk Across the Brooklyn Bridge

I did not get a chance to check out the Brooklyn Bridge with my family in 2011, so it was really fun to experience it for the first time with my husband. It’s now one of my absolute favorite things to see/do in New York City. It was amazing to not only be on this world-famous bridge but to take in the city views around us. Give yourself a couple of hours to casually walk the bridge and back. If you have time, go to Brooklyn Bridge Park and DUMBO to get some Insta-worthy photos down by the water. 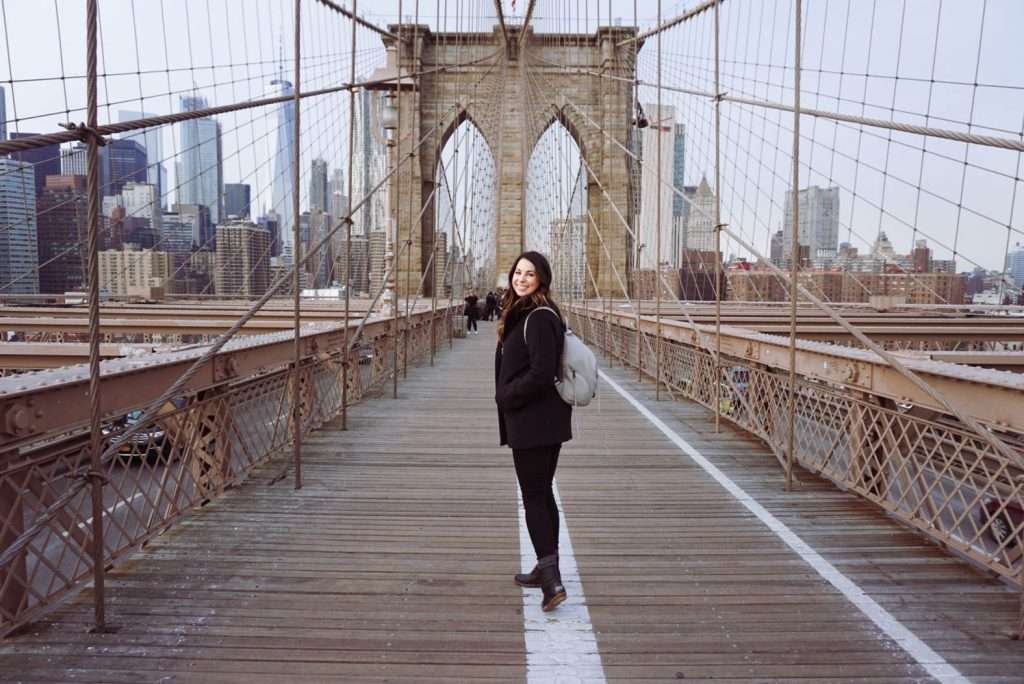 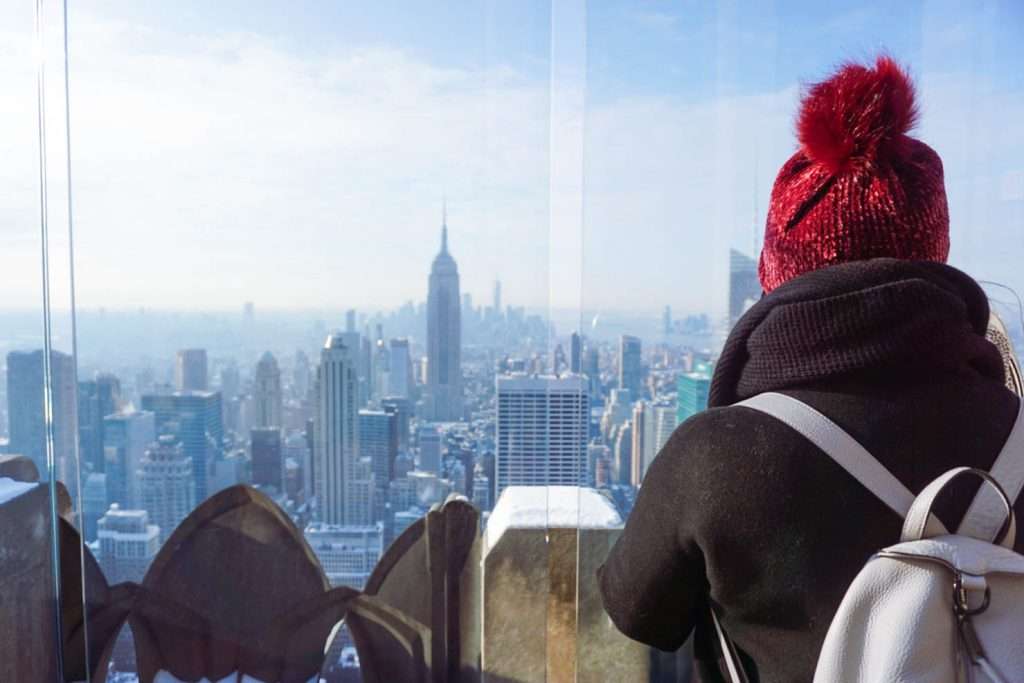 If it’s your first time in NYC, do not miss this historical and emotional experience. I wasn’t prepared for the wave of heavy feelings to hit me like they did, but it was worth it. Give yourself plenty of time if you’re heading into the museum. We spent over 2 hours in the museum and could’ve spent a lot longer, but we had our flight to catch. 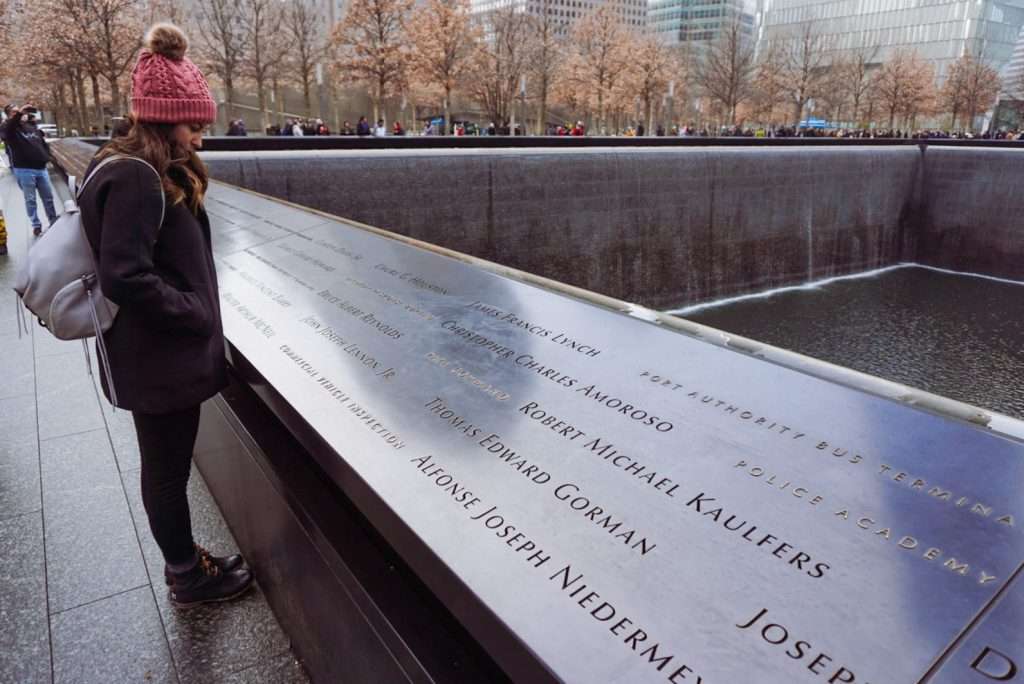 This can be another quick stop on your weekend itinerary, but it’s a famous location that’s fun to experience during your first time in New York City. Grand Central has more railway platforms than any other station in the world. Grab a milkshake at Shake Shack and enjoy some people-watching or head to the pop-up shops for some quality gifts. Hop on the subway from here to head to the Brooklyn Bridge! 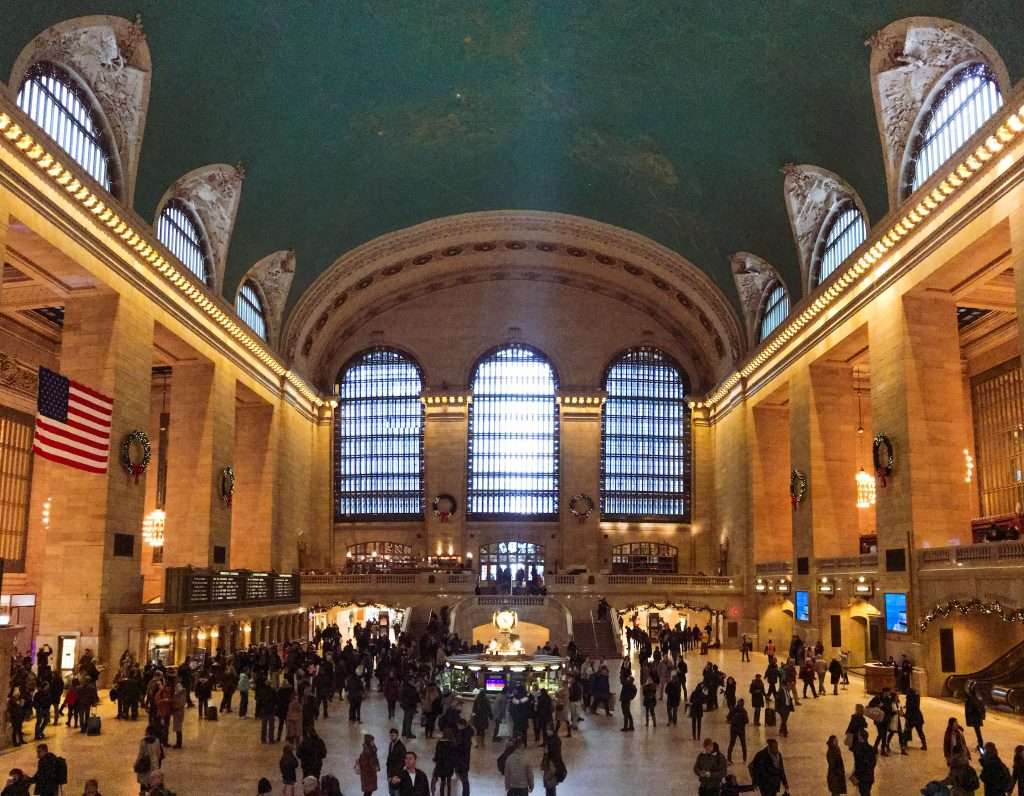 My husband and I only visited the 9/11 Museum in December and I’m sad we missed out on the other museums. Instead, we took advantage of the winter weather and the seasonal highlights like ice skating, but I highly recommend at least one museum for first-timers! On my family vacation in 2011, we visited the MET and the MoMA which are both incredible and memorable. Museums can easily steal several hours of your time without even trying, so be sure to give yourself a time limit. We did spend a little bit of time to walking through the New York Public Library and it’s absolutely worth it.

10. It’s All About the Little Things for Your First Time in New York City

So I didn’t hit on specific restaurants, bars, or bakeries in this post because they can change all the time and there are so many delicious places to try. But what first-timer’s should do:

Want to skip one of the highlights above & do something else? All of the following are on my list for my next weekend trip to the city:

Related: Heading to New York City with the girls?!
Check out A Weekend Guide for a Girls Getaway in NYC!

Don’t forget to check out our thoughts on visiting New York City during the holidays!

What’s your favorite spot in NYC or what would you love to see?! If you’re a New York City expert, help me add to my list! 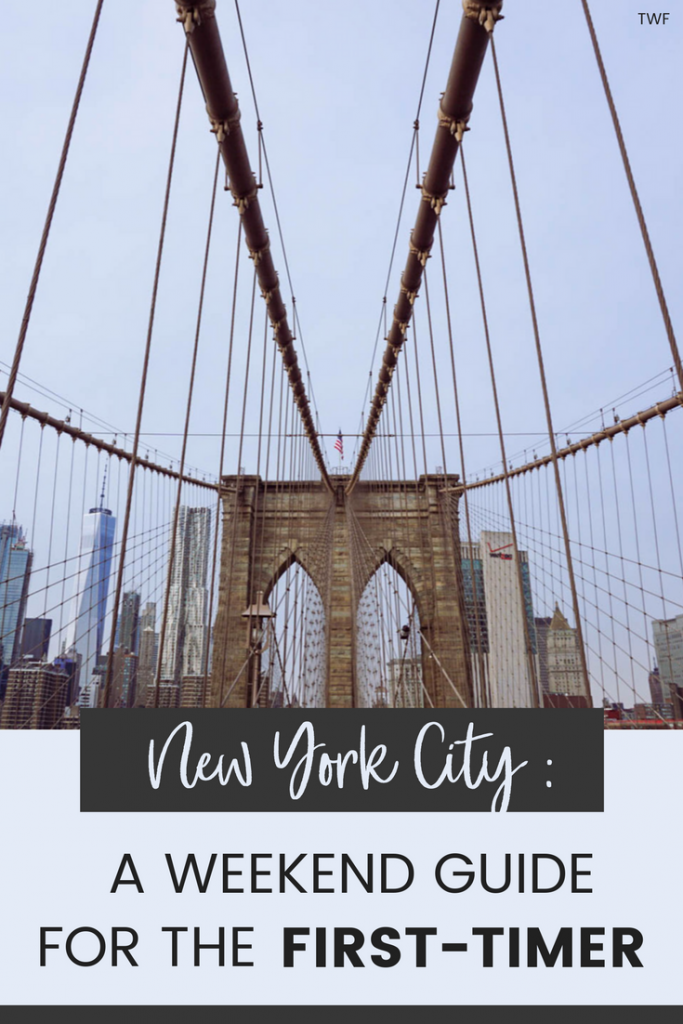 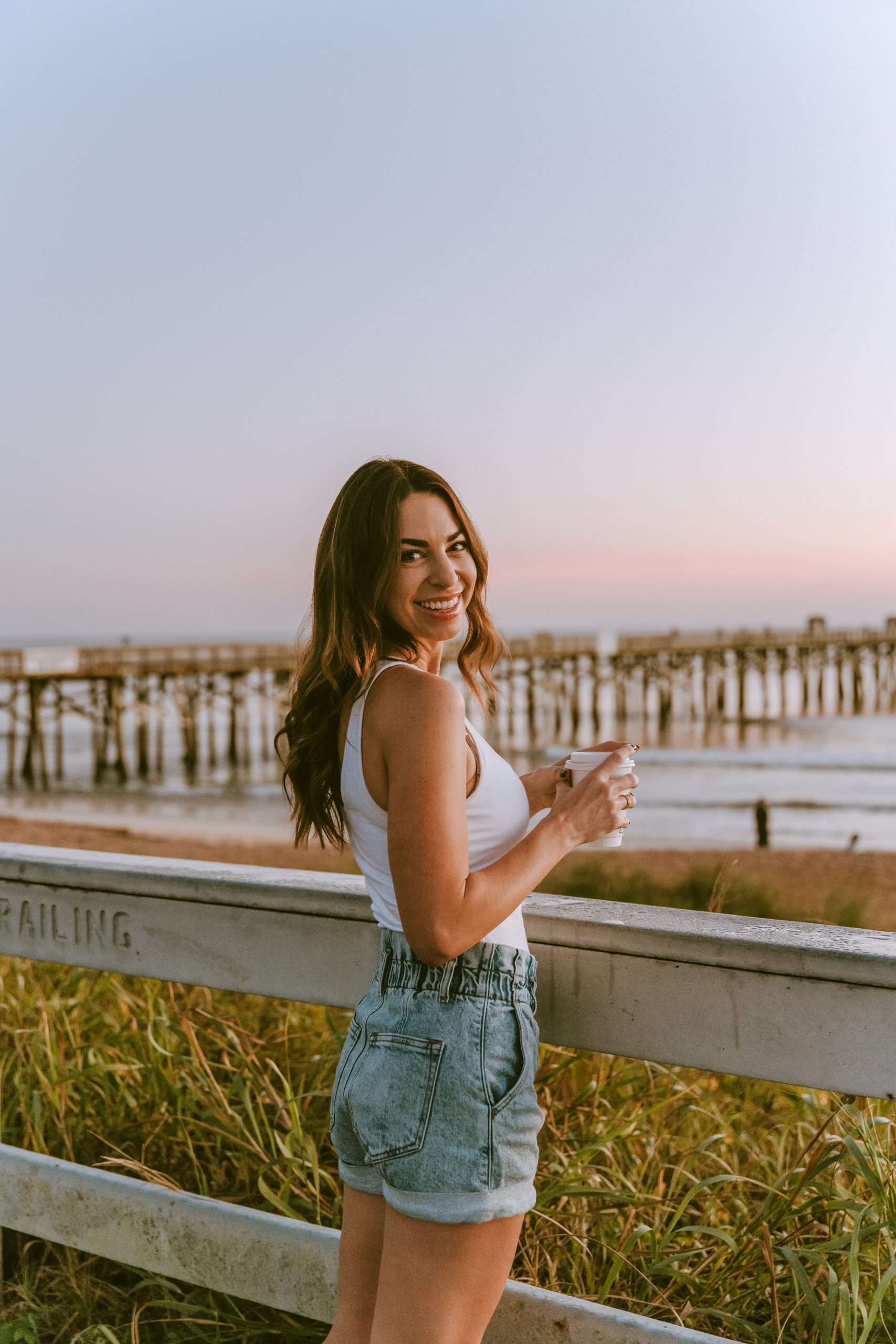 So happy you're here!

I'm Katherine. A weekend lover & world traveler. My adventures have taken me around the globe, but I call Florida & Bulgaria "home". My life has had twists & turns that I never expected, but it's made me believe in endless amounts of self-love & a lot less settling. 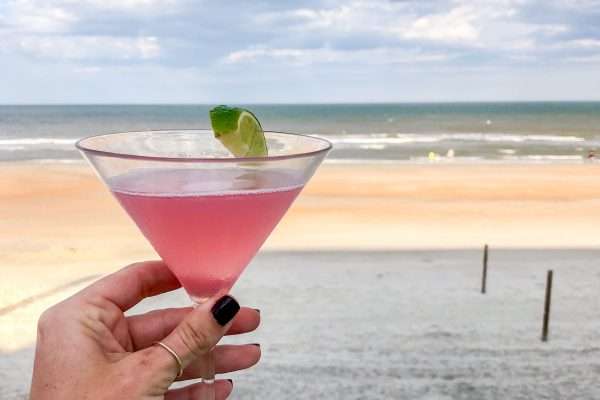 5 Places for Drinks with a View in Daytona Beach 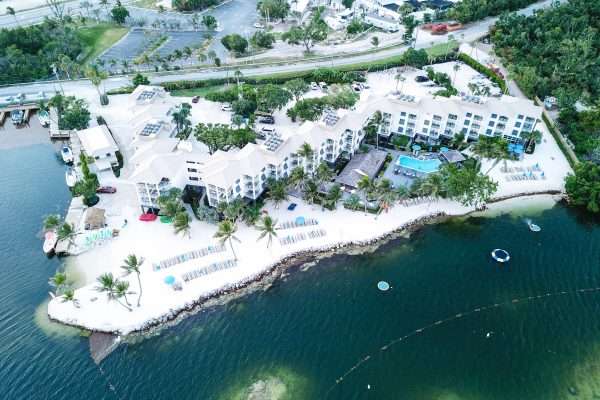 7 Fun Things to do in Islamorada, Florida 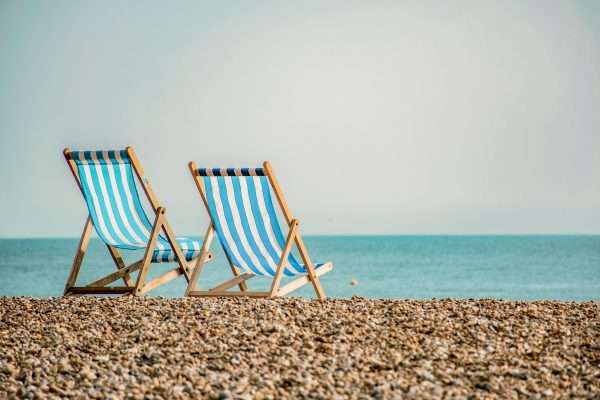 The Most Romantic Things To Do in Amelia Island, Florida

We're going places, baby! And we look good doing i

Weekend Recap ☀️ - Caught a buzz off of Truly

5 ways my life has just been feeling better lately

There's just something about a red car that spices

Just a friendly reminder that you don’t have to

My home team. 💕 Several people have asked us

All Rights Reserved - The Weekend Fox - 2022
Theme by EmPress

What are you searching for?