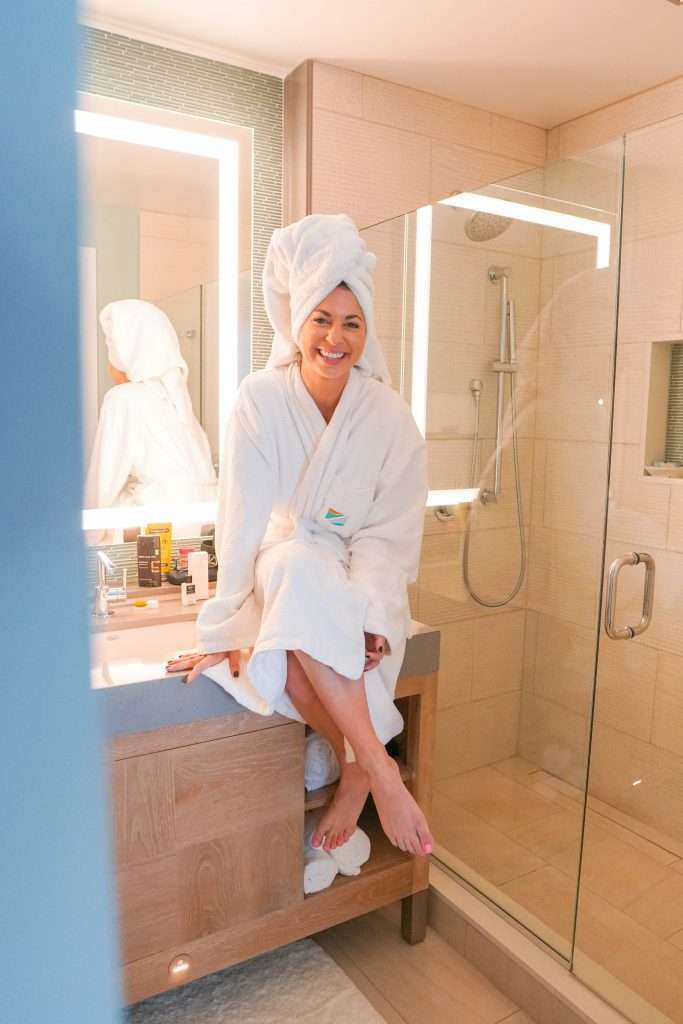 Thank you to MamaBare Sugaring Studio for sponsoring this post on sugaring hair removal! As always, all opinions are my own.

For as long as I can remember, I’ve been shaving. My legs, my underarms, my – um – lady parts. It’s always just been a part of my everyday routine in the shower. Living in Florida, we spend a lot of time in our swimsuits in the summer so keeping up with my bikini line and perfectly smooth underarms has always important to me, but not always the easiest.

I had considered waxing in the past, but I didn’t think I could 1) allow a stranger “down there” 2) it just sounded painful AF. But then someone mentioned sugaring to me. While I still shave my legs, I can confidently say I will never shave my underarms or Brazilian ever again, if it’s up to me.

Also Check Out: 10 Perfect Places for a Girls Getaway in Florida

What is Sugaring Hair Removal?

Sugaring is the oldest form of natural hair removal. It’s made up of sugar, lemon, and water. That’s it. Why someone decided wax would be a better idea, I have no clue. The sugaring process actually removes the root from your skin and the paste doesn’t attach to your skin at all. From eyebrows to toes, sugar paste can remove hair anywhere on the body. 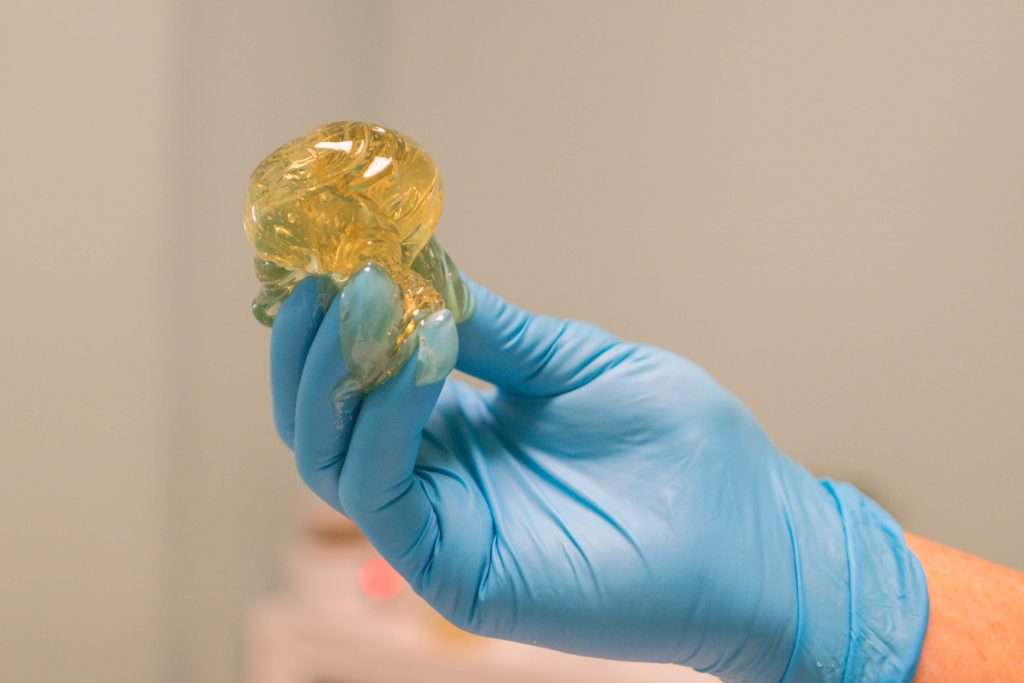 As someone that has always shaved, I’ve been blown away by the results of sugaring. I no longer suffer from razor bumps or redness, and I don’t have to jump in the shower before heading to the pool or beach. I stay smooth for up to 4 weeks and not shaving is probably the greatest feeling ever.

Sugaring has made me so much more confident to show off my underarms and to layout in my bikini. I’d say the most impressive part about sugaring hair removal is the fact that it doesn’t have to be hot like wax. I always hated the idea of having hot wax applied to my body and then ripped off. Like, ouch. Check out the graphic that shows the major differences between sugaring and waxing. 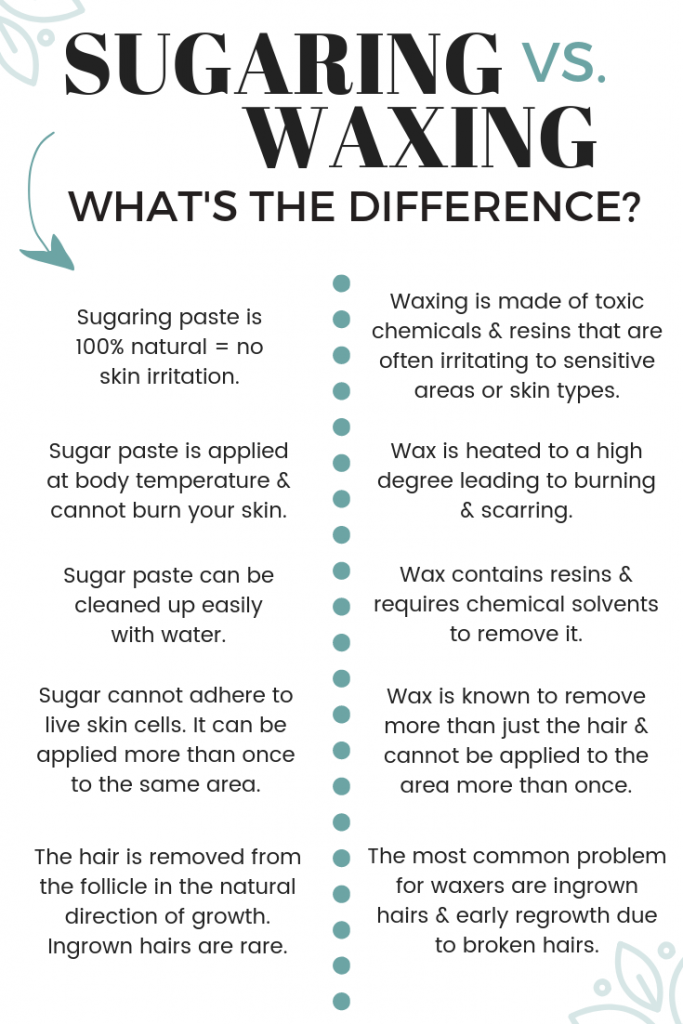 I was so nervous the first time. I know most of the nerves came from stripping down in front of a stranger, but I kept telling myself that Stefanie chose this career and sees it all the time. When I arrived for my first appointment at MamaBare Sugaring Studio in Ormond Beach, I was immediately offered a glass of wine or water. Um, wine, please!

Stefanie is incredibly kind and for my first time, she talked me through everything. Not only was it a nice distraction, but it also made me relax. I did have to stop shaving a little over a week before I went so I had quite a bit of growth “down there”.

And to be honest, it did hurt at times. After all, thick roots were being ripped out. At one point, Stefanie even took a quick break so I could sip on my wine. Overall, it took about 30 minutes and I was amazed. Within a day, I knew I would never shave down there again.

When I asked Stefanie what her biggest advice would be for a first-timer, she stated, “I always tell my clients that the first time is always the hardest, but if you keep up with it, it just gets easier and easier. It’s worth it. I see women come in the door all the time that have never gotten these results from waxing. It changes lives.”

Check out all the information for first-timers on MamaBare’s website.

The second time I went was a total breeze. It wasn’t painful at all and I was already blown away with how much thinner the hair had become. I was in and out in about 20 minutes.

By my third time, I had zero nerves going to the appointment. Instead, I actually looked forward to it! I was feeling more confident, sexy, and smooth. So I decided it was time to add my underarms. Again, I was so nervous because I didn’t know what to expect, but it didn’t hurt at all. Not only do I not have to shave my underarms anymore, but my skin isn’t irritated from the constant shaving. 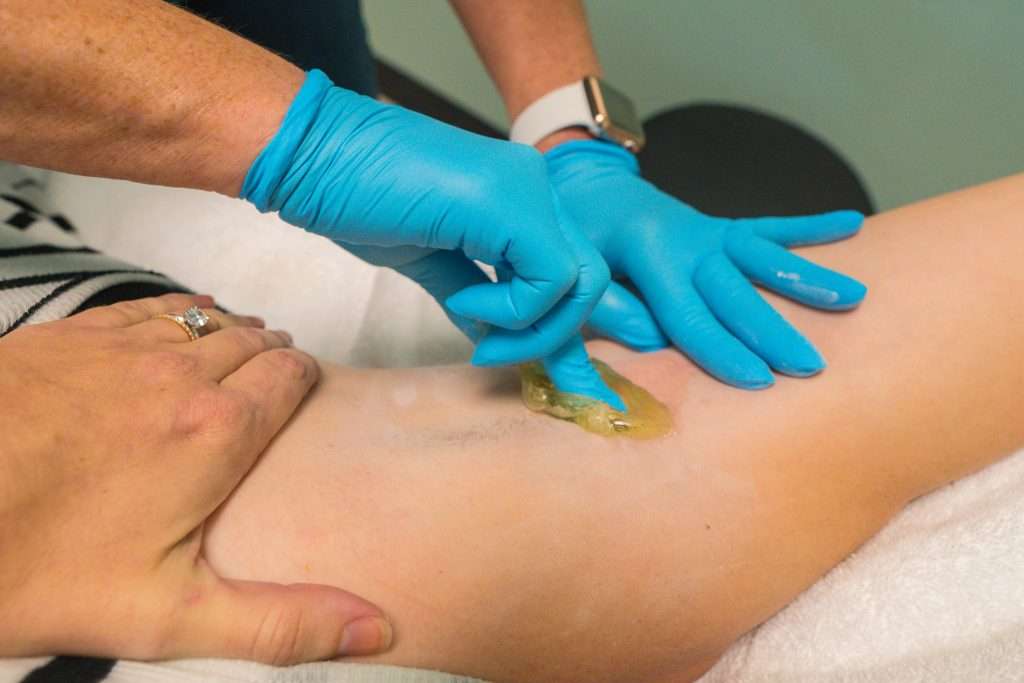 If you’re in the Central Florida area, MamaBare Sugaring Studio is the place to go! From the warm welcomes to their professional services, I simply couldn’t be happier with every experience I’ve had with MamaBare Sugaring.

MamaBare was originally started by Stefanie’s daughter, Amanda, and they have three convenient locations in Port Orange, Lake Mary, and Ormond. The best part is that you can count on a consistent experience at any of them.

I love supporting small businesses and I love MamaBare even more because it became a family business. Stefanie chose to franchise the business from her daughter. The way she speaks of Amanda is just a reflection of her huge heart and incredible customer service. Stefanie always tells me how much her daughter inspires her and how proud she is to work with her.

While Stefanie and all of the MamaBare employees are licensed, they don’t actually teach the sugaring technique in school. So Amanda has taught all of them the sugaring technique and MamaBare customer service. More than anything, you can feel how much they love what they do. Stefanie told me what she loves most about her job is the connection she has with her clients. She is such a genuine, kind-hearted, and sweet soul. That’s exactly what you want with a sugaring hair removal experience.

Ready to try it out? Make sure to mention this post when you make your appointment! You’ll receive a discount on your first service and I promise, you’ll never want to shave again! 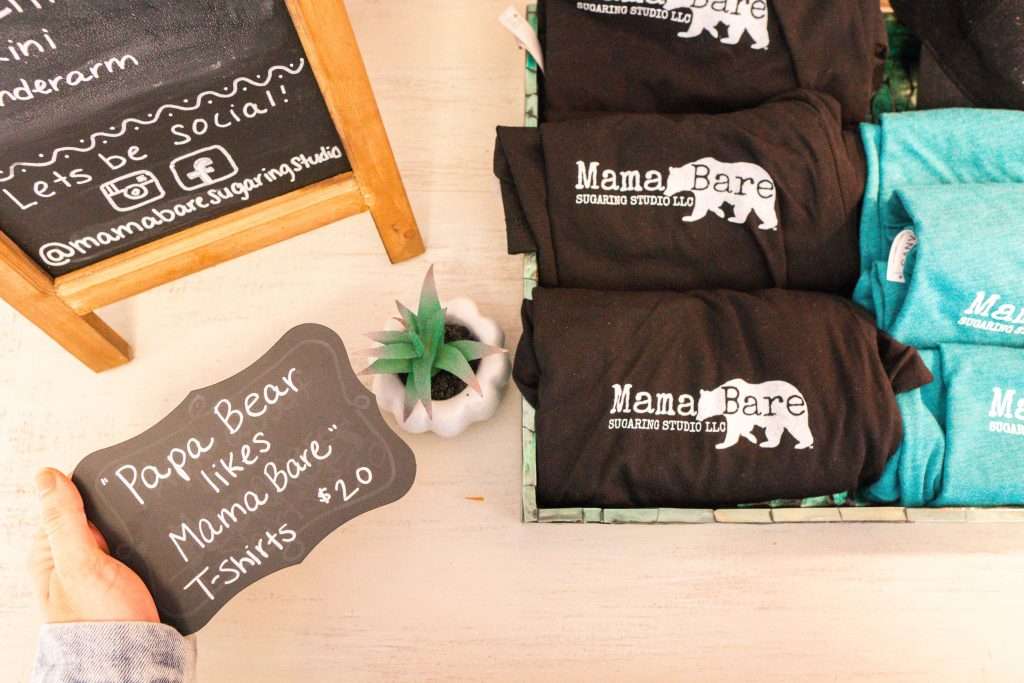 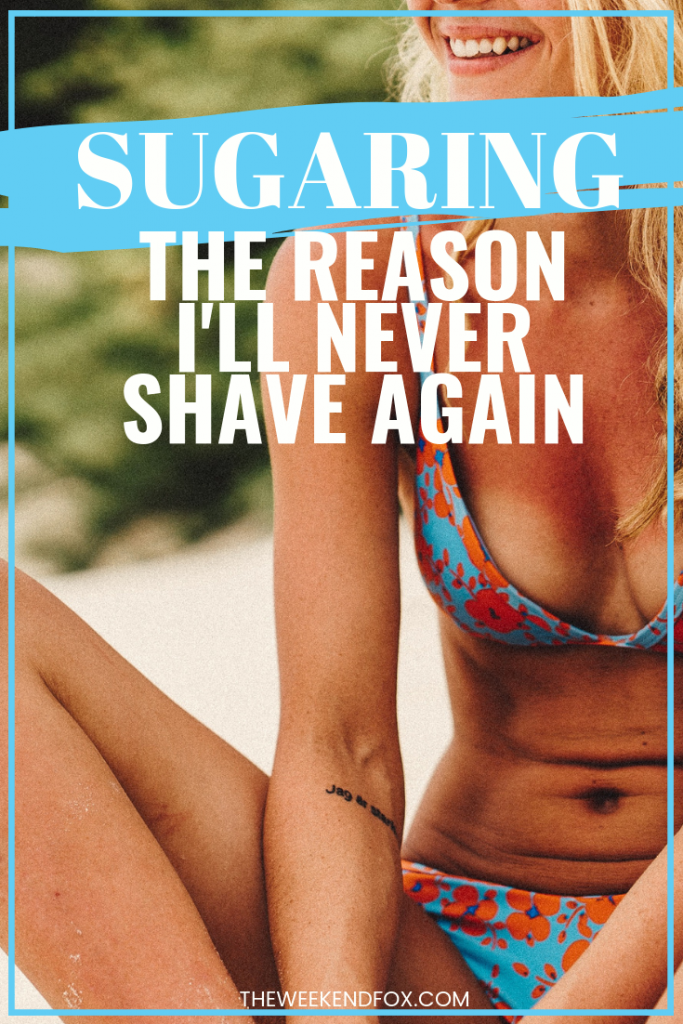